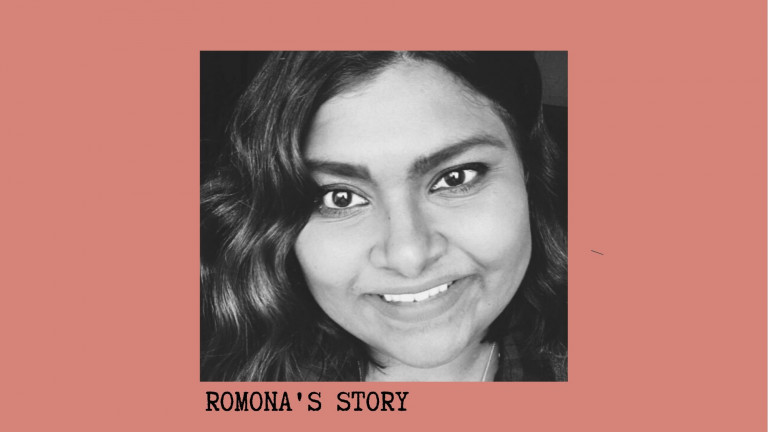 From a young age, Romona was treated as though she was different and less privileged than others. As a second-born daughter in an indian family that has lived in South Africa for three generations, she was born into a nation where her brown skin determined her standing in society. During apartheid, the school kids could go to, the places they were allowed to socialise in, healthcare, churches, restaurants et cetera were all determined by the colour of skin one had. She grew up feeling and sometimes believing that she was a second-class citizen. Her dream back then was the same one she has today: For her daughter to not have to face some of the difficulties she had growing up as a brown-skinned female.

When Apartheid ended in 1994, Bishop Desmond Tutu organised a national day of prayer around the theme of reconciliation and forgiveness. Romona still remembers how she prayed for peace for her country as a little girl and unterstanding that forgiveness is the only road to peace.

Forgiveness was something she had to practice quite often throughout her life. When she and her husband Euan moved as newly weds to Berlin, Germany, there were many occasions were people would curse her and called her names just because of her skin colour. Even though it was difficult at times, she knew that forgiveness was the only way for her to find peace and freedom.

And that isn’t just something that Romona has experienced, it is scientifically proven: In a study by the Luther College in Iowa, USA, scientists confirmed that there is a correlation between a high level of stress created through negative emotions and health problems. At the same time they found out that there is one thing that can counteract that process: forgiveness. People who are quick to forgive generally don’t struggle with this negative connection. This shows that true forgiveness is good for body and soul alike. Forgiveness isn’t legitimating or downplaying the responsibility of the person who hurt us, but it is liberating. The author and theologian Louis B. Smedes writes in his book „The Art of Forgiving“:

„To forgive is to set a prisoner free and discover that the prisoner was you.“

She has learned a lot over the years. Especially that God is very good and strong. But also that she is strong too, stronger than she often realises. Walking through difficult and challenging seasons has made her stronger and brought her closer to God. Last year, together with her husband, Euan and her three kids, she moved to Glasgow, Scotland, where they are busy planting a church. She is teaching her daughter, Lucy-Mae all the things she has learned and tells her through words and actions: “You are stronger than you think.”

To other women who are battling with the same things (racism, rejection, unforgiveness) she would like to say the following:

„Fight the temptation to react and rebel. Fight your own human nature and the temptation to become a victim. You are not the sum of your circumstances or what you are going through right now. You are a child of God and he’s got a good plan for your life. You are on your way. Hold on to hope, hold on to Jesus. Forgive others and live a life of freedom and peace.

One thought on “Learning to forgive”