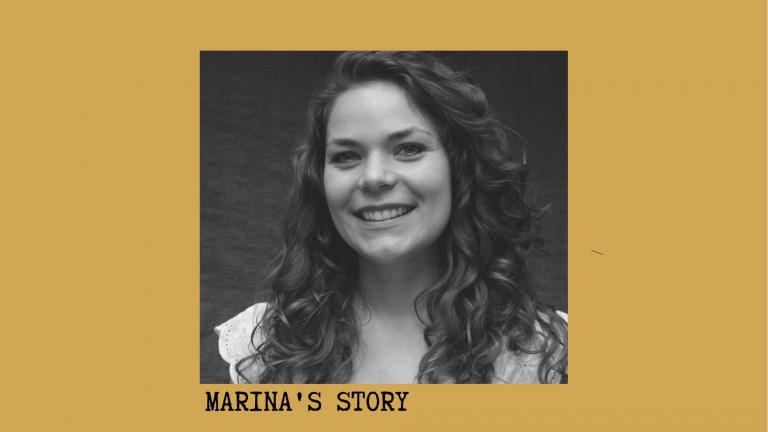 Marina would always imagine the following scene: She saw herself crying with women, women that were broken and at the end of themselves. She saw herself speaking truth to them, giving them the love that they were longing for so badly. How this would ever become a reality, was a mystery to her. The fear of rejection had its grip on her.

Marina had been bullied in school, worst of all by her so-called “friends”. For fear of being laughed at, she would rather accept bad grades than stand in front of her class to do a presentation.

After she finished school, she started to study theology. When the leader of the seminary announced at the very beginning that all of the students would have to preach three sermons, her first reaction was, “I’d better get out of here!” But she stayed. The fear of the day she would have to preach for the first time was always in the back of her mind.

When the day eventually came, Marina was well prepared, but very nervous. As she stood in front of the other students, she could not think clearly. It seemed like her mind was working slower than the words she was saying. She had to stop after a few sentences and just stood there. Completely still. Completely overwhelmed. She watched a few students bow their heads to pray for her. In that moment it became clear to her that she had two options: Either run away or stay and try and continue where she had stopped. Today, Marina is very thankful that she chose the second option. To try, despite her fear, gave her a feeling of increased confidence, of pride in herself and the knowledge: “I can do this. Fear isn’t stronger than me.” Nowadays, when she stands in front of people, she still feels nervous, but she does it anyway.

Fear of rejection is the most common form of fear. Every person longs to belong somewhere. No one enjoys permanently being alone and isolated. Everyone likes to be liked, and dislikes being rejected. Every one of us has experienced rejection in our lives – the question is: How do we handle rejection? Do we let rejection shape our life? Do we retreat and stay in our “safe zone” to avoid the risk of being rejected? Or do we identify fear and are we brave enough to face someone else’s opinion? The author, Henry Mackay, says it well:
“Most fears of rejection are based on the desire for the approval of other people. Don’t base your self-esteem on their opinions.”

Marina has learned to run to Jesus, instead of withdrawing and isolating herself. That he loves her, sees her and accepts her just the way she is. Even when fears and feelings of inferiority or insecurity come up again, he helps her to leave the old ways of thinking behind and to rely only on him.

Today, Marina works with women in the red-light districts. Together with her team, she brings the women there something they often lack – an open ear, open arms and the love of Jesus that she carries deep within. Her dream has become a reality and she is able to share the truth with other women that she has experienced herself. The fear is not holding her back anymore, although it is still there at times.

Marina would like to share the following with women who struggle with insecurity and fear of rejection:

“Don’t let yourself be held back by your fears. The thing you are most afraid of might be the exact thing that God wants to use you in! Believe in the unconditional love of God and focus on it as the source for everything you do. Nothing else compares.”