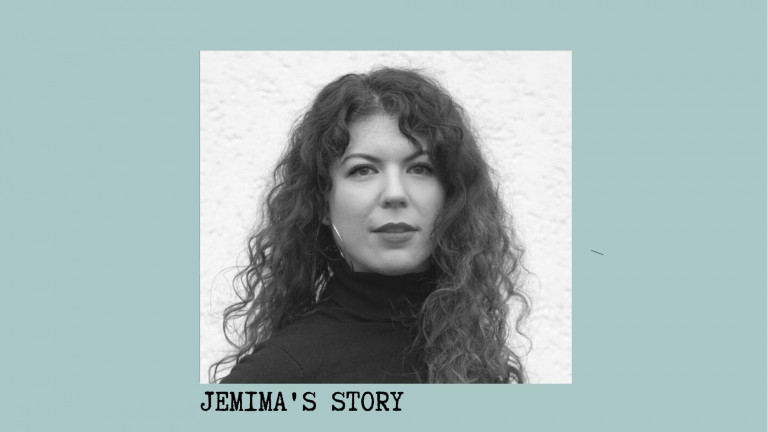 Husband, kids and a house. That’s how Jemima imagined her life. Why? She thought that’s what a successful life looks like, that’s the goal that all of us are striving for. And when she got engaged to what seemed like the man of her dreams, she was convinced that she had almost achieved the life that she had always wanted, until that dream shattered into a thousand pieces. The man she thought she would marry left her overnight. Without explanation. Without a goodbye.

When she thinks back to it today, it seems like a scene from a soap-opera. That’s how surreal it felt and how suddenly the breakup hit her. The person, who she was willing to sacrifice everything for, who she lived with, and who she wanted to marry was suddenly gone. “I thought I would die of the pain I was feeling and that I would never be able to feel anything, at all, ever again. I didn’t recognize myself anymore. It felt as if a part of me had sunk into the depths of my soul and I didn’t know if I would ever be able to heal again.” Jemima’s heart was broken.

The first few months after the breakup were extremely tough to navigate. In fact, Jemima struggles to remember how she even managed to keep going at all. Thankfully she had people surrounding her that took her in, grieved with her, and looked after her. She was devastated, hurt and bitter: “I was incredibly angry and full of bitterness. At night I dreamt of puncturing his car tires to avenge myself.”

But there was one thing that she was already sure of after a few days: “I can’t and won’t let anyone else’s actions destroy my life and affect it long-term. I wanted to be able to eventually have a healthy relationship again.” But how was that supposed to happen?

Professor and psychologist, Stephen Diamond, defines bitterness as “a chronic and pervasive state of smoldering resentment,” and regards it as “one of the most destructive and toxic of human emotions.” Bitterness always starts as pain. Pain can eventually become anger towards something or someone. If we repeatedly ruminate over how we’ve been victimized and we accept the victim mentality that comes with it, it can become an essential part of who we are. We’ll end up becoming victims, not so much of anyone else, but of ourselves. Victims of deep anger and destructive bitterness.

Jemima didn’t want those feelings to pull her down and hold her back. She didn’t want them to become part of her identity. In her desperation she turned to the One that she had heard a lot about, but had never met personally: God. Before walking through this crisis, she had always gone back and forth with a lot of questions: “Does God exist? Or doesn’t he? If yes, why does he allow so much evil?” But now she was talking to him and pouring out her heart to him. And then she heard him say three words that changed her life: “Come home, Jemima.”

“I followed that call, partly out of curiosity, but also out of desperation. And this path led me into freedom. I got to experience how He freed my heart, rearranged my thought patterns and completely restored me. He put the thousand broken pieces of my heart back together. He even returned the joy that seemed like I had suddenly and utterly lost, with even more intensity than before!”

Jemima learned three things through that time of her life:

Jemima is a woman full of the joys of life. She loves to dance, to laugh, to spend time with her friends, but also likes to take time for herself. She has accepted that life isn’t always easy and has different priorities than what society says is right. She loves to try out new things, not to master them perfectly, but simply to enjoy them.

To the other women who are walking through something similar or who are fighting bitterness, Jemima wants to say the following:

“It’s worth being brave. It’s difficult to face the worst of things, but the freedom that waits on the other side will be more than you can imagine.”

One thought on “From bitterness to true freedom”